The time has finally come. The 3rd General Assembly of EURASF took place online on October 20th, 2011. After a brief report by the chair, the board was granted discharge by the auditors. Then the new, slightly changed, board was put up for election.

Furthermore, the new structure of the association, which now provides for two departments, was discussed at the Zoom meeting.
In addition to the administration, there are now the departments of “Festival Cooperation” and “Talent and Industry”.

Following the general assembly, both proposals were put to election to all members for 14 days and finally accepted unanimously in an anonymous doodle vote.

You can find more about the new structure and the new board at this link. -> EURASF Board and Structure 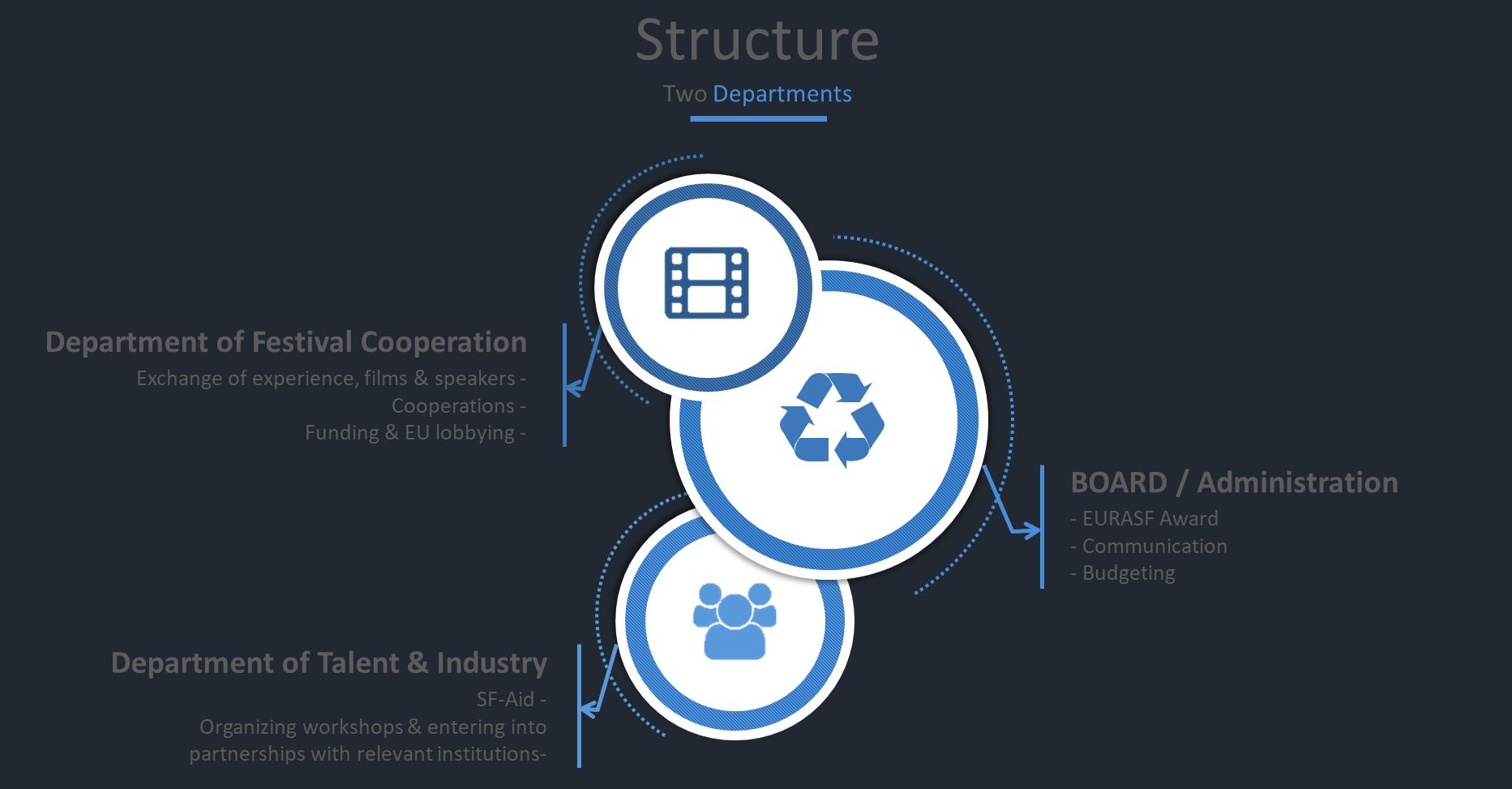