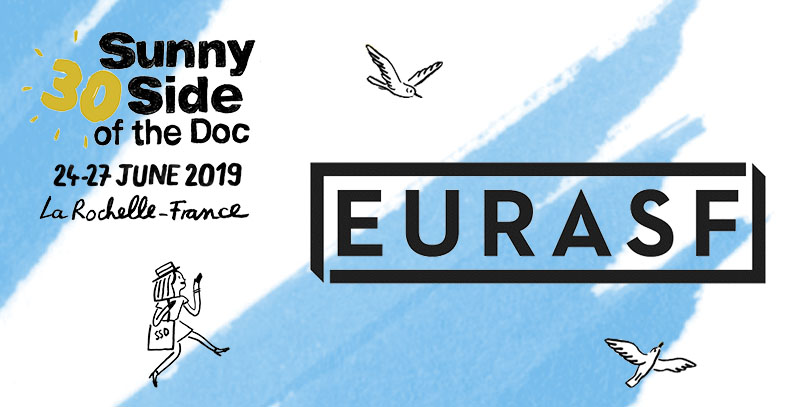 For the 2019 edition, Sunny Side of the Doc has teamed up with European Academy of Science Film (EURASF) to help spot new talent from within its networks, member festivals and incubator programmes, and encourage collaboration between the scientific community and the media in Europe.

The aim is to encourage countries who are less represented on the international market to get involved, as well as highlighting the most innovative experiences and getting audiences involved in science and understand its impact on our society. A full-scale call for applications (feature film, TV doc, series, installations, VR, etc.) was launched in March, resulting in nine projects from various different countries being chosen (UK, Spain, Italy, Hungary, Poland, The Netherlands, France). The winners are also invited to the international market for documentary at La Rochelle, with the support of CNRS and KissKissBankBank, to share their creative universes and meet co-production partners during this 30th edition.
By Soizic Jacques

Cookies make it easier for us to provide you with our services. With the usage of our services you permit us to use cookies.
Ok Decline